Don’t Save Too Little, or Too Much

Money in the Media Monday! What a great way to start the first full week of the new year. This week we’re taking a look at an article from the New York Times called “Don’t Save Too Little, or Too Much.” This article looks at the spending habits of what they call “under spenders” and evaluates the negative impacts of being too frugal in retirement.

I’m glad to take a look at this at the beginning of a new year when it’s a good time to evaluate savings goals and budgets anew. If you able to, it can be great to be a super saver. However, there is a slippery slope that can be lead to swinging too far in one direction.

It’s All About Mindset

The article follows several retirees and takes a look at their spending habits. The argument is that after practicing frugal habits for 40+ years and then retiring, it is difficult to move from saving to spending. Howard Groopman is a great example of how having a scarcity mindset doesn’t just affect you when trying to save money. It also affects you when trying to spend it.

Howard Groopman, a 69-year-old widower in Portland, Ore., who said he invested well while working at the I.R.S. for 24 years, knows the feeling. Throughout his career, “we never had any money,” he said, the result of having five children in Catholic schools while routinely putting money aside for retirement. “We drove old cars and didn’t take vacations. Everything I made was for the family. So I guess that’s my mind-set now.”

This speaks to something that I’ve noticed in my own parents from time to time. Just little things that had stood the test of time from their own childhood experiences with money and goods.

For example, my mom and her two brothers all make coffee extremely weakly. We always make fun of how their coffee never actually tastes like coffee. Looking back, I realized the reason behind this behavior. My mom’s parents were very poor and my grandma would try to stretch out the can of coffee for as long as she could, resulting in weak coffee. This small holdover of a time when money was scarce has persisted even 50-60 years later in all 3 siblings.

Now extrapolating that type of behavior to many aspect of life, it’s not hard to see how something may initially come off as frugal can really be more detrimental.

Let’s say you become afraid to spend money on fresh fruits and vegetables because they’re more expensive, so you start buying the cheapest foods possible. That can create health problems, like diabetes. Or you may be afraid to get medical attention when you need it. When you have this fear of, I’m never going to have enough, it spills into so many other areas.

Kristy L. Archuleta, associate professor of financial planning at the University of Georgia and a former president of the Financial Therapy Association

What Does This Mean for the Younger Generations?

With only 17% of today’s working class able to expect a pension to provide regular income in retirement, there is even more concern about this behavior in younger generations. Millennials now graduating from college have an average of $29,800 in student loan debt with an average income of $35,592. This is the perfect storm for a scarcity mindset, which can induce tendencies similar to hoarding when it comes to having money.

Here’s What You Can Do

Take your goals for this year and of things to accomplish by 2030 that you thought about last week. Break those monetary goals down into what you would need to accomplish each year, each month and then each paycheck in order to achieve them. Plan to pay off your debts or hit your savings goal in a timeline that you agree with. From there, set up the automatic payments/transfers to make this happen.

After that spend the rest of your money you see fit! You earned it so that you could use it, right? Once you have things under control, have some savings and are on your way to your financial goals, let yourself live a little. Spending is supposed to be done on the priorities in your life. If that includes going out and having happy hour every other week with friends, then go do that.

Mr. Groopman, said he was lonely. “I’m kind of drifting through life,” he said. “Mostly I stay home and watch TV. I’m on the computer for hours and hours every day.” Though he has the resources to travel and spend on social outings, he doesn’t.

Don’t be like Mr. Groopman. Be sure to always work towards something and not just save and deprive yourself for the sake of depriving yourself. Be intentional with what you save now and how you spend your money now and how you plan to spend it later. I’ll end on this final thought:

Today and a day 40 years from now are equally as important. Allocate your resources (money, energy, focus) accordingly.

What do you think about possibly saving too much for retirement? Are you setting yourself up to meet your 10 year goals? How do you spend the rest of your income in a way that benefits your life? Let me know in the comments below! 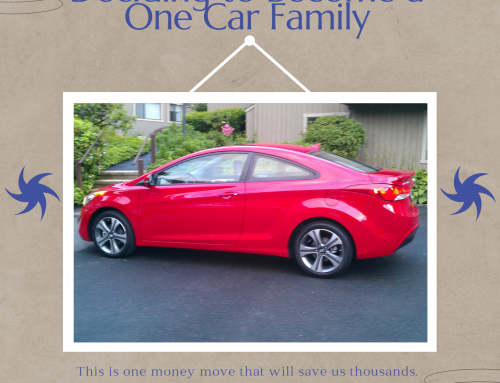