Americans absolutely love their cars. A staggering 57% of all American households own two or more cars. For many, they are a symbol of freedom and maybe even part of their identity. I know that the symbol of freedom rings true for me with my first car. Does that mean that each family really needs two cars though?

This need for a symbol of freedom started with the creation of the highway system, which led to the massive expansion of US suburbs. This allowed the car to become the #1 mode of transportation used in America. With new investments supporting the use of cars, less public transit expansion was funded, especially in suburbs and rural areas. This essentially forced the entire infrastructure of the country, outside of cities, to be built using a car-focused mindset. This ensured the popularity, nay, requirement of cars for generations to come.

That sense of freedom in owning a car comes from the fact that our infrastructure makes NOT having a car feeling like being stuck. Up until recently, I would have been adamant that I could not lose this sense of freedom and mobility that comes with having a car that is just my own. However, our circumstances are not the same as they were even one year ago.

In a pre-pandemic world, my wife, Kayla and I used to drive in two different directions every day to go to work, with neither location easily accessible by public transit. This required us to have two cars. Two major changes have happened since then that have convinced us that we could be a one car family.

The first was, obviously, the coronavirus pandemic. Like 69% of the workforce, March of 2020 changed the way that I worked. The biggest bonus here being that I am now able to work exclusively from home if I choose to do so. This is a massive advantage in allowing us to downsize to one car.

The other opportunity is that we have now moved from 30 minutes from Kayla’s work to 4 minutes. This makes it a very minor inconvenience if I ever needed to drop Kayla off at work in order to use the car for the day. The way that our schedules work, this could be, at most, a one day per week occurrence.

While I have a strong opinion about my car being superior to my wife’s car, the data is not with me on this one *sigh*. I bought my car when I was first hired by my current company, almost 10 years ago. I bought it new, which is not something I’d do again from a personal standpoint. The added cost just didn’t seem worth it when I could have saved thousands by getting a car that was even just one year older. You can read more about that story, along with several of my other money mistakes, here.

The direction our lives are headed would not be best suited by a two-door car. Having had to do so only once, putting a car seat in the back was NOT fun. One point for Kayla’s car.

Both cars are paid off, so a car payment isn’t a factor. No points awarded.

We would want to keep the car with the least amount of miles on it in order to keep it the longest. Point for Kayla’s car.

We would want to keep the car that the person who drives the most likes more. I do drive longer when I go out as the gym where I teach krav maga is pretty far, but I like her car much more than she likes mine. Point for Kayla’s car.

As you can see, of the two vehicles, there is a stronger case for keeping my wife’s car. The odds were not ever in my favor here.

Out of curiosity at first, I researched my car’s value on Kelley Blue Book to see what it was worth now. At the end of the evaluation, the number $4,674 came up. As a disclaimer, this number might vary from what I actually end up getting, but we’ll stick with it for now. While that may not be a lot of money for a car, it is a good amount of money to have in cash.

There are many other things that I could use this money on other than having it sit in my driveway 97% of the time. Perhaps we could use that money towards one of our near term goals (fertility treatments or home renovations). Another option is investing the money to go towards our long term goals. Assuming a 6% ROI over the next 25 years, that money could grow to almost $21,000.

Our insurance is currently with USAA (not affiliated, but highly recommend them if you’re eligible). The monthly cost is $160 for both of our cars. We pay monthly since there is no benefit for paying in a lump sum every 6 months. Cutting this down to one car would save us approximately $60-70 per month since there is a discount for having the second vehicle.

Taxes and Registration in our home state of CT are fairly high. Registration is $175 for 3 years (all fees and park passes included). Taxes on my car last year were approximately $220. So, the total annual savings here would be another ~$280 per year.

From a gas perspective, I don’t think that this total amount will go down. We are not planning to drive less. So, we will just be putting more miles on the other car as opposed to splitting them over both cars. On top of that, the MPG of both cars is similar enough that this wouldn’t be a big driver one way or the other in terms of gas consumption.

When we lay out all the facts, it just makes sense to make the change to become a one car family. It takes a depreciating asset that we mostly do not use and converts it into cash that we can use to fund our goals. I will post an update once we have sold the car to see how only using one car goes for us.

If you’re considering reducing down to a one car family, then I suggest walking through a similar analysis. Taking the analysis a step further and off the page, it would be a good idea to try only using one car for a month or two to see how it may, or may not, work for your family.

Have you ever thought about reducing down to one car? Are you currently a one car household now? Let me know in the comments! 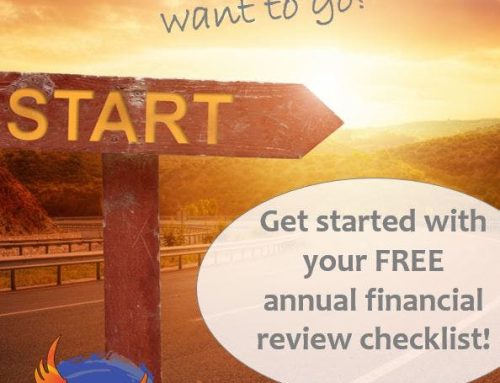