During my hiatus from writing this blog, my wife and I bought a home, moved in, fixed the place up a bit (it didn’t need too much), found tenants and have had to do a couple of fairly intense repairs/improvements on the home already.  What I’d like to do is go through what we’ve needed to do to the home thus far and what we will definitely be doing before we move out.

What We’ve Done So Far

Our new duplex is a flip. Meaning, someone bought it for almost nothing in very terrible condition and updated almost everything. There are new roofs on the detached garage and home, new electrical in parts of the home, new sheet rock in most of the home, new flooring in the kitchens and bathrooms and both kitchens and bathrooms have all new cabinets, fixtures and finishes.  The place looked great when we got it, which was perfect. There was only a little bit for us to do when we moved in, which was buy a washer/dryer for each unit and sock away money to swap out the two 39 year old furnaces.

Unfortunately, we learned rather quickly that something can always come up. In early June, we discovered through a backup into our yard, that our main drain line had 4 breakages where tree roots had broken through the pipe between our home and the street. We could have replaced different smaller sections of the line for slightly cheaper with the risk that the tree roots could break in at another point in the line. This didn’t give us quite the worry free fix we wanted, so instead we ended up using a liner that ran from where the drain line began to where the city would pick up the bill if there was an issue.

The plus side of this is that there is a 25 year warranty that we will not have any clogging in that line from now on due to breakages in the line and that’s the fix that lets us sleep at night.

As I mentioned above, our furnaces had a good decade on me in terms of their age. This was something that we knew we would have to take care of in the next year or two. However, we didn’t expect it quite so soon. One random October day, I went down to the basement and walked into a cloud of strong oil smell. I took a look at our tanks and sure enough, we had a very small leak in one of our 2 tanks. I immediately started to see dollar signs.

Luckily we had tenants move in at the end of July so their rent had been paying the majority of the mortgage for the last couple of months, freeing us up to pay off our 4 month old drain pipe liner and have some flexibility for this new foray into home ownership.

I began the process of getting quotes from several contractors for what it would cost to either replace the tank or replace the whole system and get rid of oil entirely. Oil, while not the most ecosystem or wallet friendly fuel source is very common in New England and CT in particular. When searching for a home, we really did not want oil at all, but were willing to settle for it as long as there were natural gas lines in the street for us to make the change. As it turned out, it made much more sense for us to just convert from oil to gas for both units.

There are both federal and state green initiative programs that we took advantage of that either lowered the overall cost by several thousand dollars or provided us with a .99% loan for the remaining amount, allowing us to keep our money in the markets earning much more than this over the long run. If you’re looking to make a similar switch, make sure you check out these programs.

Total cost of this repair: $7,650. Ouch, but not nearly as high as it could have been without using the green initiative programs.

The process for this has been very long, but we finally have 2 brand new gas furnaces as of a couple of weeks ago and the oil tanks were removed this past week. Success!

What We’re Planning to Do

While these large expenses were not necessarily in our original plan, or at least not so soon, it was good to get them out of the way and create that long horizon for when we would have to worry about these fixes again. Over the next couple of years that we plan on living in this duplex, we do plan on making some improvements in our unit and in the upstairs unit once our current tenants leave. The budgeting process, and generally attempting to find the time to get these things done, has already begun:

While this may seem like a lot of work, they are small things we will phase in over time and attempt to do most of the labor ourselves. I imagine it will be a good learning experience for both of us. It’s really not too bad of a list in terms of expense since we already made the most expensive upgrades.

How is it Being Landlords?

Despite the work we’ve had to do to the house thus far, it’s been pretty good! For the past 5 months, our tenants have been respectful, paid rent on time and have had 0 maintenance requests. I’m sure that something will break at some point, but for now everything is going extremely well. *knocks on everything wood within arms reach*

I will keep you all updated on anything and everything that happens here in case you are working to get your own property someday and/or just want to see what the Landlord journey looks like. We’ve got big plans and I can’t wait to share them with you.

Are you a landlord? Do you have any questions on possibly becoming one? Please let me know in the comments below! 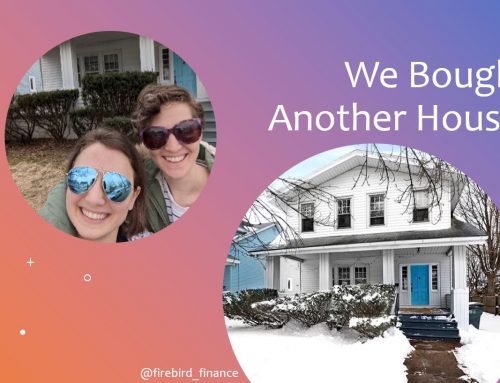 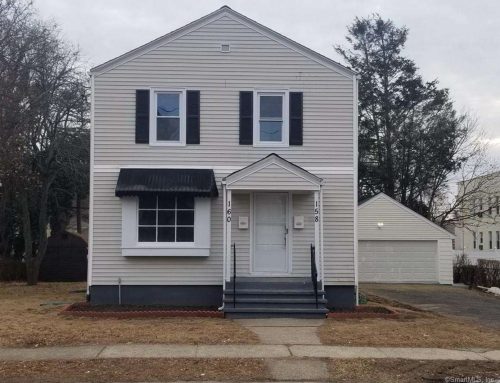 We Bought Our First Rental Property!!

We Bought Our First Rental Property!!