We All Have Too Much Shit

We All Have Too Much Shit

I’ve mentioned before that Kayla and I are in the process of buying our first rental property. I won’t go into this much detail on the property until everything is final, but I will say that it is a 2 family.  Our plan is to live in one unit and rent the other. So, we will be moving out of our apartment next month.

Why Everybody Hates Moving

We all hate moving because no one likes the process of packing everything up just so over the course of days or weeks. Carrying all of our crap to a truck, driving it to the new house and carrying it all into the new house. Finally spending days, weeks, months or even years unpacking and placing things just so in the new pad. Wouldn’t it be great if we didn’t have so much crap to move?

One of my favorite quick reads on the subject of decluttering is a mustachian-style face punch called “You Have Too Much Shit” by Chris Thomas. He offers this short book as a free PDF download. Trust me. It is well worth the 20 minute read. Possibly life-changing depending on how much shit you have and how much you are willing to incorporate Chris’ advice.

Kayla and I are currently in the ‘getting rid of shit’ step of moving. We have a couple of weeks before our planned closing so, we are taking the opportunity to comb through every closet, book shelf and cabinet. The goal? Get rid of any shit we own that doesn’t add value to our lives in the form of being useful or bringing us joy. This could mean any number of things, but here are some examples:

What To Do With All This Shit?

We found ourselves with several piles worth of shit to be dealt with. We combed through the shit we didn’t want anymore and found several with some value. These items I listed on the Facebook Marketplace and Craigslist. Not only were we able to get rid of these things this way, but we’ve made some money in the process. Now, when I say that we’ve made money, I mean that we’ve made maybe $150. However, it’s more than we had before and it’s better that storing these objects that we won’t ever use and then having to carry them around with us for the rest of our lives.

Everything else that we had without a considerable monetary value, but was in good shape was donated to either Goodwill or the library (many books and DVDs). This is a nice little tax break and an easy way to give back.

Finally, the remainder was trashed or recycled as appropriate.

What Happens When You Have Less Shit?

Getting rid of stuff makes me want to run through a field with a billowy scarf. Credit: Aditya Saxena via Unsplash

Let’s all be like stock photo lady and get rid of any shit that doesn’t add any value to our lives.  Then we can all run through a field with our arms raised high and let go of all the weight of the useless crap we just removed from our lives.

What have you been able to clear out of your home and your life in order to make more room for better things?! Let me know in the comments! 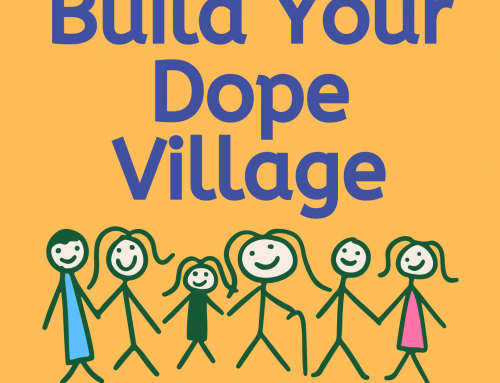 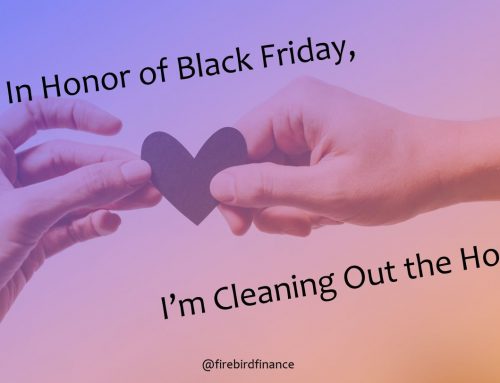